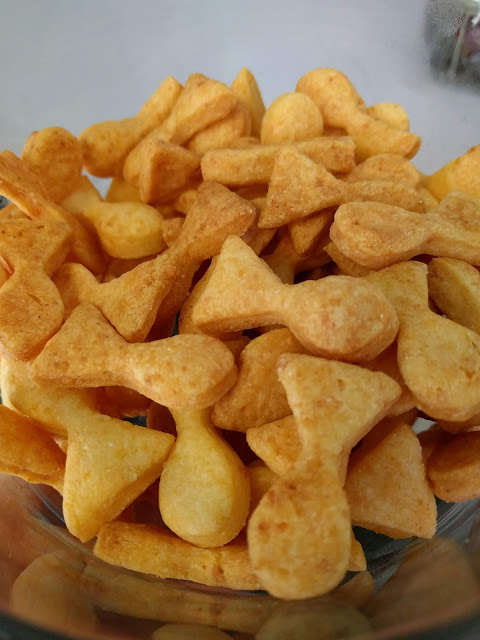 There are some things about childhood that your kid "misses out" on if they're gluten free. We never felt that we were depriving Babs of anything and never felt the need to make substitutions for the gluten items we cut out of our diet.

When her school is doing a Dr. Seuss week with a 1 Fish 2 Fish activity, what do you do? Luckily, Babs' teacher is out of this world amazing and makes sure as much as she can that Babs is never singled out or left out. 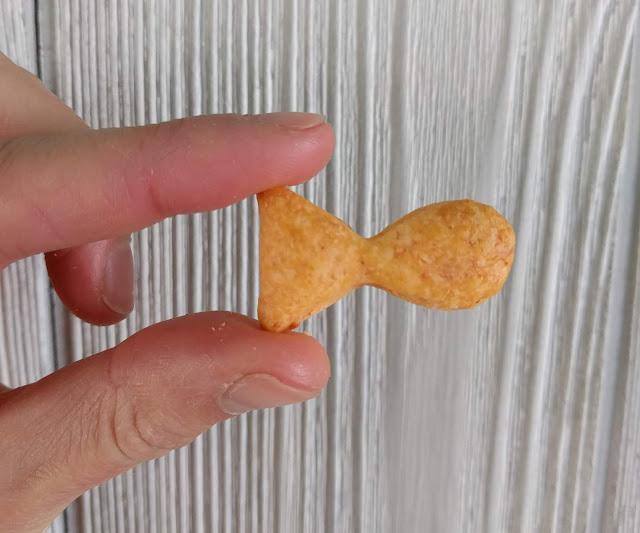 Unfortunately there are no commercially produced fish-shaped snacks. (Except Swedish fish, or as I like to call them, fish-shaped high-fructose-corn syrup.) So I scoured the internet, made a few test batches and perfected this Gluten Free Goldfish Cracker recipe.


Combine all ingredients except milk in a food processor. Pulse until it resembles little crumbles. Add milk and pulse some more to combine the dough. If too crumbly, add a little more milk. If too thin, add a bit more cornstarch.

Dust your work surface with cornstarch or flour. Lay a sheet of parchment paper over the dough. Roll out dough to 1/8-1/4" thickness. Cut out your desired shapes and place on parchment-paper-lined cookie sheet. They can be quite close together; these puff up nicely and won't spread.

They'll burn quick, so pay attention. If they're a touch underdone, they'll still be delicious, but an extra minute is all it takes to get that golden orange color and the perfect crunch.

Goldfish and Cheez Its are essentially the same thing, so if you don't require the fish shape, just cut them in squares and be done with it. But to go the extra mile, you can DIY your own mini goldfish cookie cutter from an aluminum can.

It's not as hard as you think it's going to be.

Using the knife, poke a hole big enough to get your scissors in, then use the scissors to cut the circumference of the can. Cut a vertical slit, then cut about a 1" strip. 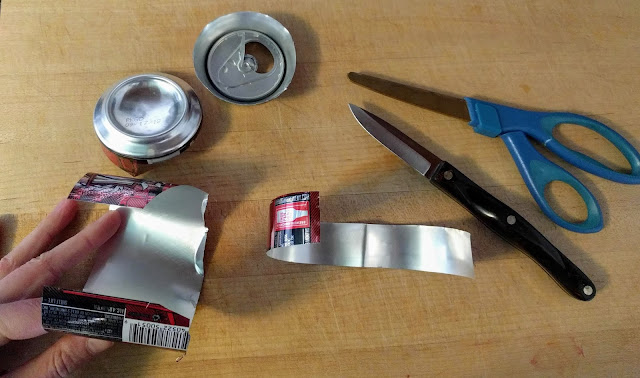 Gently bend the strip into your desired shape. I started with the center front of the curved fish head, then bent the strip outward. Then bend each side of the strip back in for each point of the tail. 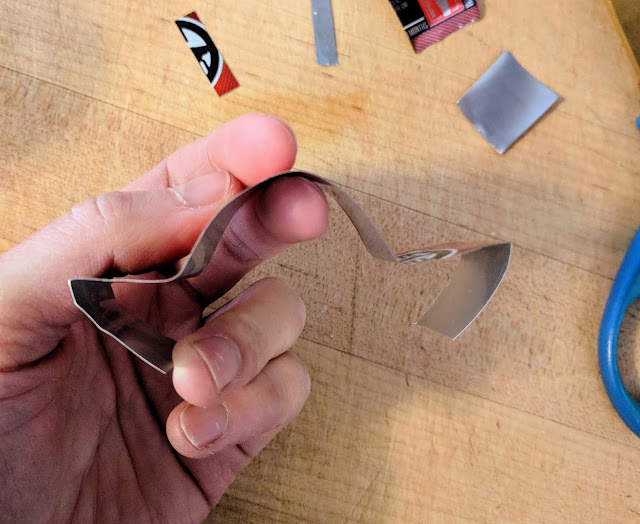 Trim off the excess. Overlap the ends and secure using duct tape. 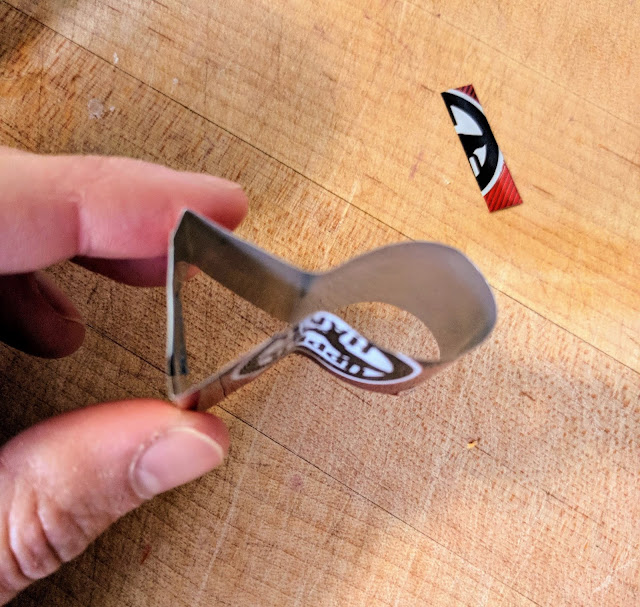 Using small strips of duct tape, wrap the cookie cutter edges on the upper edge (the edges you will be pressing down on) ONLY. 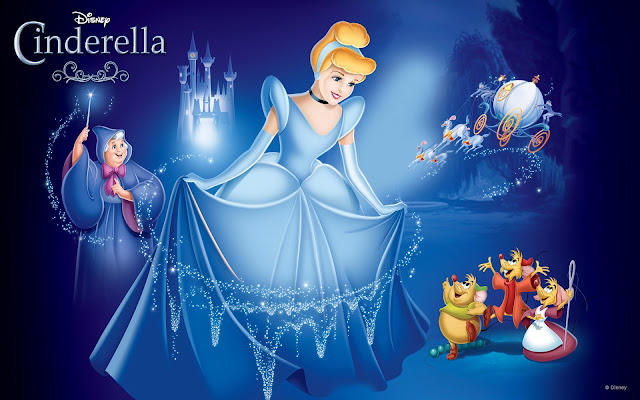 Once upon a time, there lived a lovely girl named Cinderella. Sadly, her father passed away, leaving Cinderella with her stepmother and two stepsisters. They were very cruel to her and treated her terribly, making her work cooking and cleaning all day long. But Cinderella was cheerful nonetheless, and she was friends with the house mice and sang with the birds outside her window.

One day, the Prince of the kingdom decided he would host a ball at the palace, in order to choose a bride. Invitations were sent to every available lady in the kingdom. One invitation came to Cinderella's house. Cinderella thought this meant she, too, would be able to go to the ball. How wonderful that would be! To escape the dull drudgery of her life for just one night!

She had a gown of her mother's that she would fix up with her needle and thread. It would be nothing fancy, but she certainly couldn't go to a ball in her old raggedy dress she wore around the house.

So all day long, her cruel stepsisters made extra work for Cinderella. Whenever she finished cleaning up something, they'd make it messy again, so she didn't have any time to fix up her mother's dress she wanted to wear to the ball.

At the end of the long day, Cinderella sighed. "Oh well, I guess there will be no ball for me."

But, her mouse and bird friends had spent all afternoon working, too. They saw what Cinderella's stepmother was doing to her and they wanted to help. So, using the sketch Cinderella had made of what she wanted the dress to look like, they cut and stitched and strung pearls and ribbons and fixed up her dress for her!

Cinderella was so excited when she saw what they had done. "Thank you so much my friends!" she exclaimed, hugging them all. She quickly dressed and hurried downstairs, where her stepmother and stepsisters were about to get into their carriage to go to the ball.

Even though her gown was not as fancy as her stepsisters', she still looked beautiful. Her stepmother wanted one of her own daughters to become Queen, so she didn't want Cinderella to go to the ball and catch the Prince's attention. She accused Cinderella of stealing the pearl necklace she was wearing. Her stepsister snatched it off her neck and tore her dress too. They pulled at the ribbons and beads until her dress was in tatters. Then they got into the carriage and rode away, leaving Cinderella there alone.

Defeated, sad and lonely, Cinderella rushed outside into the garden and sat on the ground, crying onto the stone bench.

Suddenly, she realized she was not alone anymore. A kindly old woman was sitting on the bench, patting her arm. "There, there, dear. It'll all be alright," she said.

"Who are you?" Cinderella exclaimed.

"I'm your fairy Godmother of course! I'm here to help you."

Her fairy Godmother knew Cinderella wanted to go to the ball, so she used her magic. With a wave of her wand and a Bippity Boppity Boo, she transformed a pumpkin from the garden into a carriage, two mice into horses to pull the carriage and a rabbit into a coachman to drive it! Then she turned to Cinderella. She waved her wand and Cinderella was suddenly dressed in a beautiful sparkly blue gown.

"Remember dear, the magic will only last until midnight!" her fairy Godmother told Cinderella.

At the palace, Cinderella marveled at the beauty of the ballroom and the luxury of the other ladies. She was having such a lovely time just looking at everything. The Prince was swamped by all the ladies wanting his attention, but he noticed Cinderella wandering out by the balcony. He left all the other ladies and went to talk to her. Cinderella was very surprised, but she accepted when he asked her to dance.

The Prince didn't leave her side all night. They talked and laughed and danced. Cinderella was having such a lovely evening, she lost all track of the time. Finally, she got a look at the clocktower. It was five minutes to midnight!

"I have to go!" she exclaimed and rushed out.

The Prince chased after her. "Wait! I don't even know your name!"

On the steps, she lost one of her glass slippers, but she couldn't go back for it. She didn't want the Prince to see her when the magic spell wore off.

She got home just in time. The carriage changed back into a pumpkin. The horses turned back into mice, the coachman back into a bunny and Cinderella was dressed in her ragged old dress again. The only thing she had left from her magical evening was one sparkling glass shoe.

But, oh, what an amazing night! The memories would be enough to help her endure her stepfamily's cruelty for as long as she had to.

But the Prince did not give up so easily. The next day, he sent his Governor to every home in the kingdom, carrying with him the glass slipper, the only clue the Prince had about the mystery lady he wanted to marry. Every lady who'd attended the ball tried it on.

When the Governor came to Cinderella's house, her stepmother locked her in the attic so she couldn't try on the glass slipper. As her stepsisters tried to cram their big feet into the dainty glass shoe, Cinderella's mouse friends went on a dangerous mission. They snuck past the house cat and stole the key from her stepmother's room. They unlocked her door and Cinderella rushed downstairs just as the Governor was leaving.

Before she could try on the shoe, her stepmother tripped the Governor and the glass slipper shattered on the ground. He was devastated!

"Don't worry, sir," Cinderella said kindly. "I have the other shoe."

And so she did. She retrieved the other glass slipper from her bedroom and put it on.

It fit her foot perfectly, because it was made for her. The Governor knew this was the woman the Prince was looking for, so he whisked her off to the palace. As soon as the Prince saw her again, even in her ragged old dress, he knew she was the woman he'd fallen in love with. He asked her to marry him right there, and she said yes.

Cinderella became Princess of the kingdom and eventually Queen. She brought her mouse friends to live at the palace with her, and they all lived happily ever after. The End.

Top 6 Essentials for Travel to Europe

Reflecting on 2.5 months abroad, we're coming to realize what things were absolutely essential, what were not, and what we wished we'd brought. In no particular order... 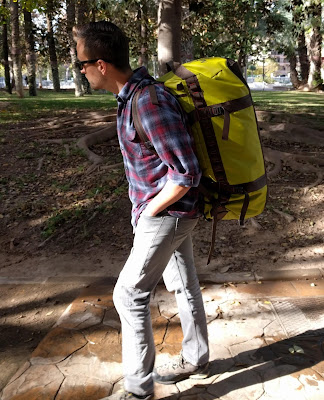 1. Rain jackets
Lightweight, easy to carry in a backpack and doubled as a sweater on windy days.

November through January in Southern Spain can get nippy, especially at elevation. But you don't want to carry a bulky jacket or big sweater. Layering is key. A mid-weight sweater and a rain jacket to block the wind was the perfect combo. 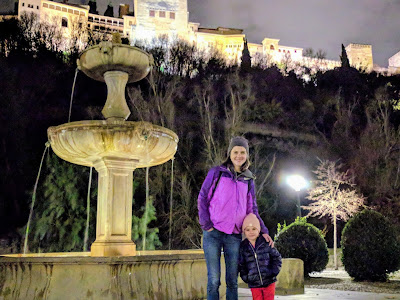 2. Travel towels
For the times when your Airbnb is a little stingy with the bath linens. Our REI travel towels would have been great to have in the backpack on rainy days or on days when our wanderings brought us to the beach.

3. Travel car seat
We forgot ours at home, so we bought one in Chicago and then never used it. But if you might take a taxi or rent a car, save on the carseat rental fee and get a MiFold. It's small enough to carry around in your backpack when you go out exploring.

4. Outlet converter
Your chargers aren't going to work in European outlets. This adapter doubled as our charging block for phones, laptops and kindles, as it had two USB ports. 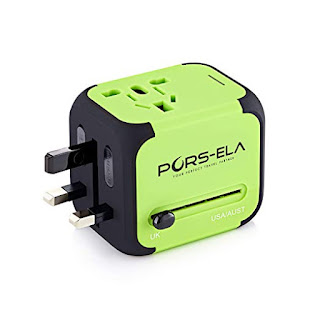 5. Portable battery charger
If you have an iPhone with good battery life, you'll probably be fine, but our crappy old phones lose battery life within 8 hours when you're constantly on GoogleMaps and TripAdvisor. I can't tell you how many times this Anker portable battery saved our skin.

6. Hardcover Notebook and Pen
Specifically for the 4-year-old child being toted around to historically significant that were not interesting to her. We had no space to bring toys, except one or two small dolls that she eventually grew bored of. 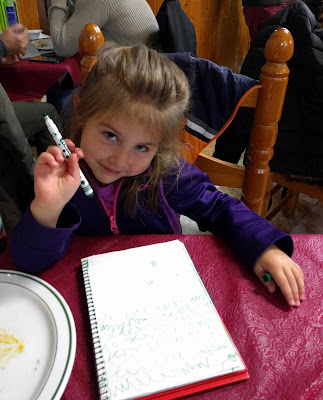 This 1,50 euro hardcover notebook, together with 2 euros in writing utensils, were her constant companions. She was able to create, to play open-ended games quietly by herself on planes, trains, at busy restaurants, and on rainy or sick days when we were cooped up.

We called it her Travel Journal. I was so proud to see her happily scribbling away, asking me how to spell words or to play tic-tac-toe. It was all she needed to entertain herself for 2.5 months and we carried it absolutely everywhere with us. Every child is different, but some sort of open-ended creative toy is highly recommended.


Any other vagabonding essentials I missed?


*Disclaimer: this post contains affiliate links. You don't pay any extra, but I get a kickback for purchases made via some of these links. That's why I only recommend products we truly love!* 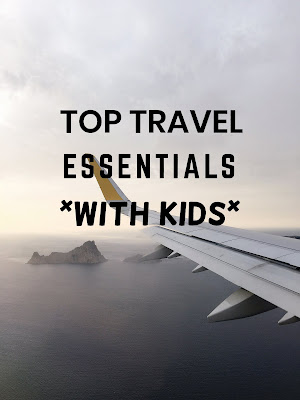